In Eagles we’ve be making posters to save the rhinos.  Yesterday was World Rhino Day and Mrs Hopper gave us a talk on rhinos.

Since the lockdown restrictions were lifted there has been a massive increase of poaching.  The rhino population has decreased and there are now only 27,000 black rhinos.  There used to be just over half a million!  There are only 2 northern white rhinos left and they're both females.  Scientists are currently looking at making an artificial egg so there could be a little baby white northern rhino - amazing!  There are two African species and three Indian species.  There are several game reserves working on breeding rhinos to get the numbers back up.

And that was what Eagles did for World Rhino Day. 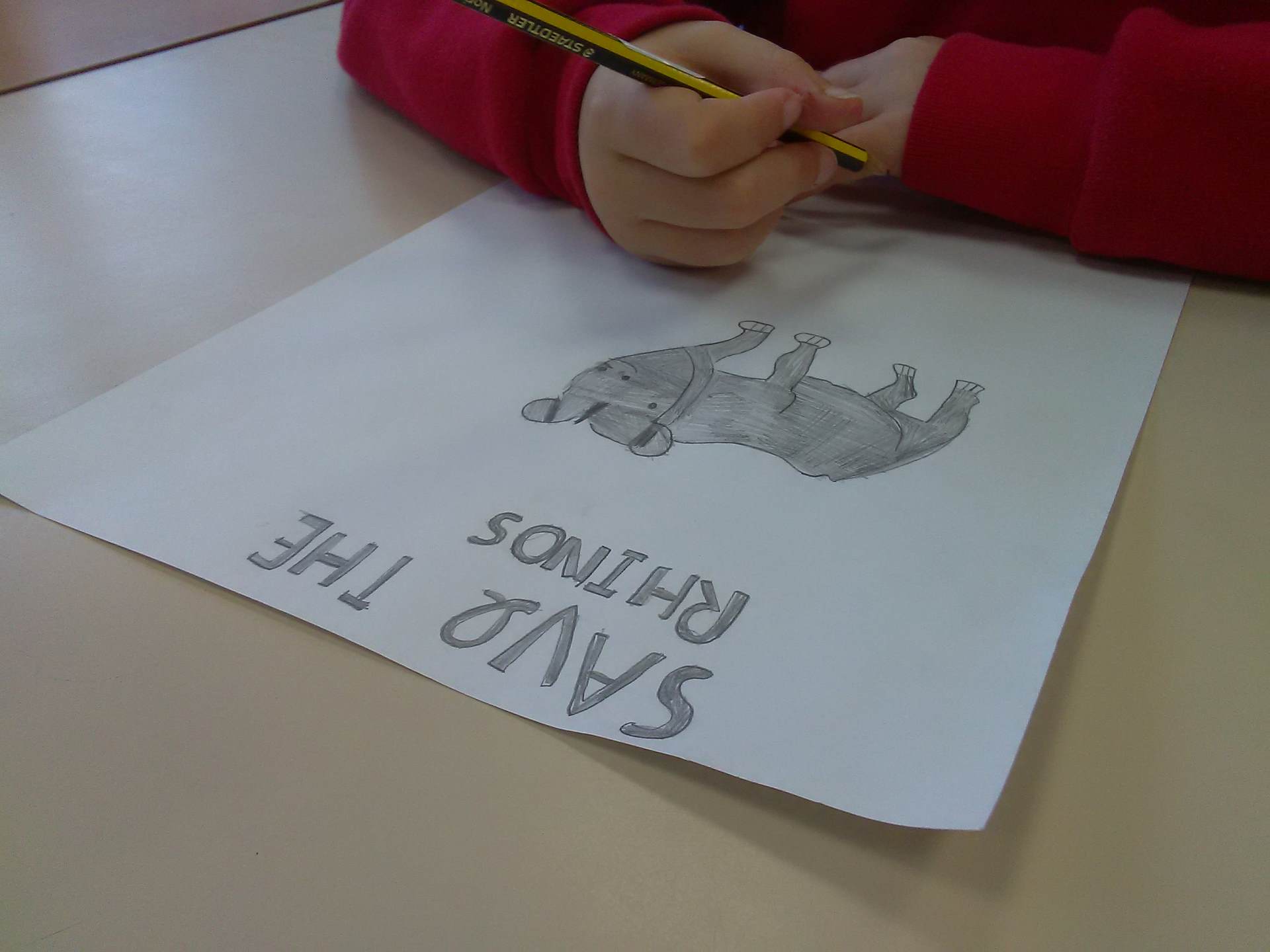 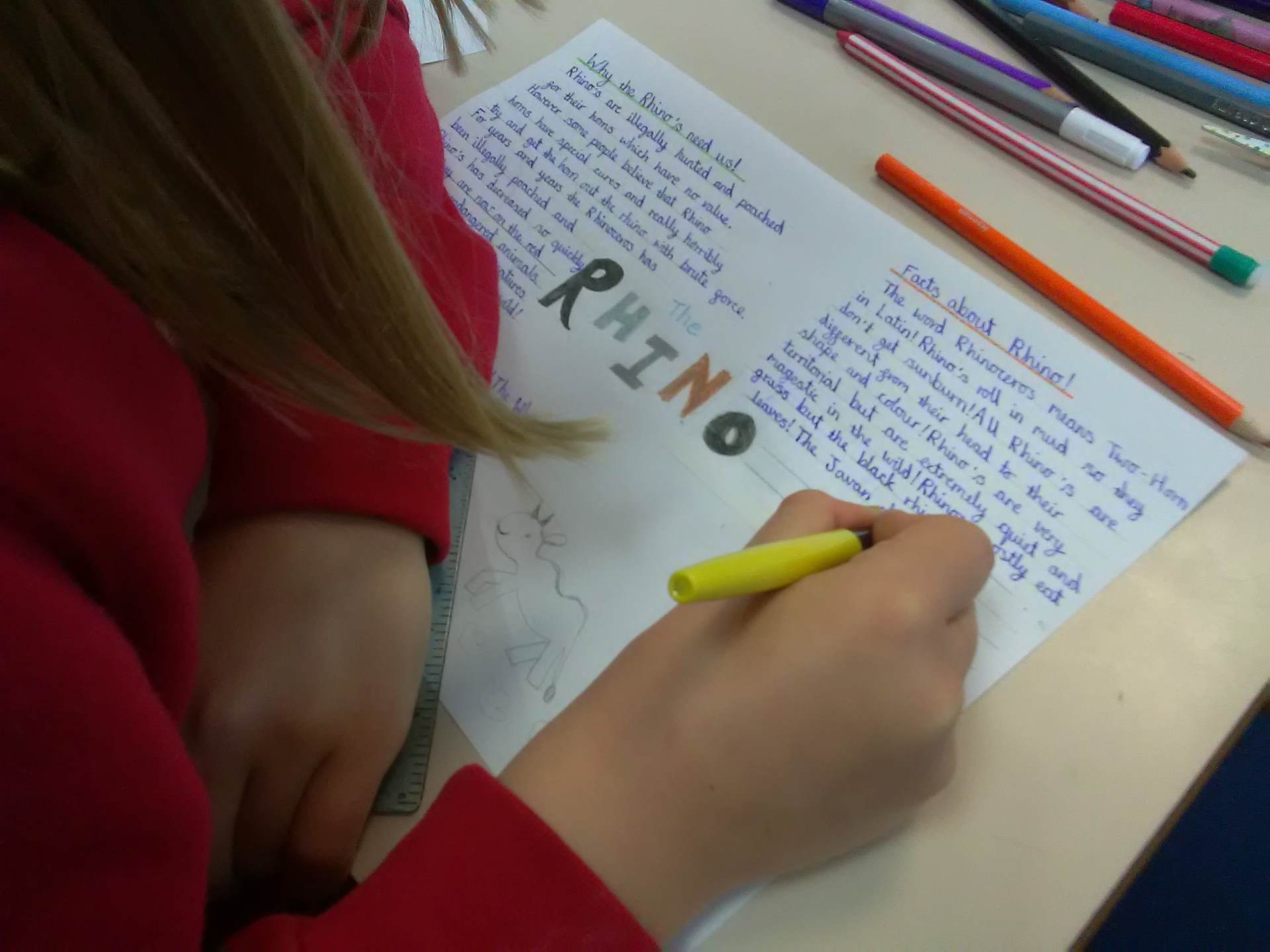 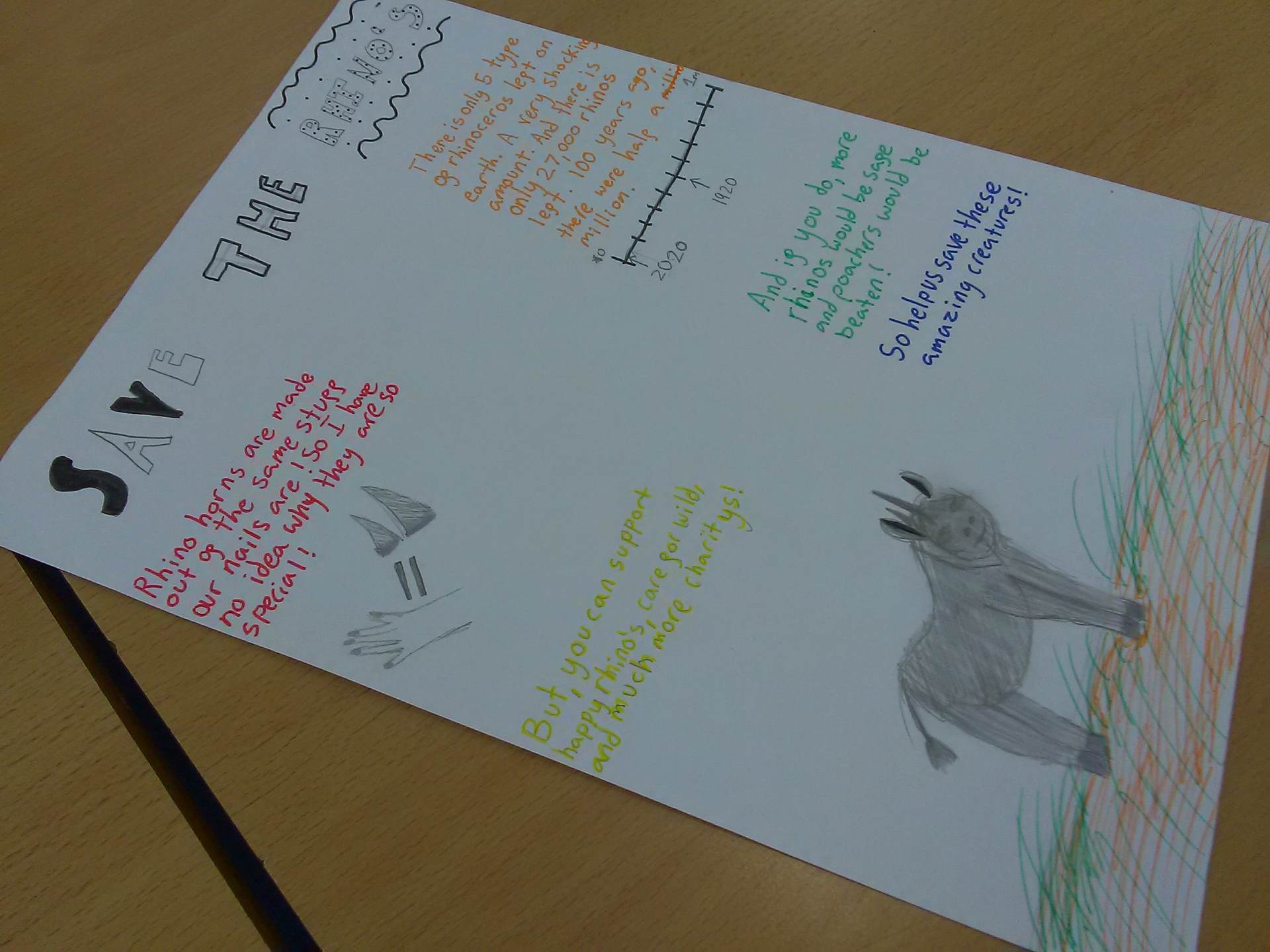